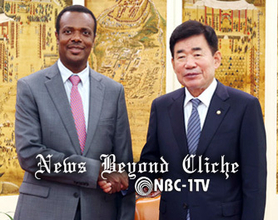 [By NBC-1TV K Y Yi] Manchester, Great Britain will host the most competitive Para Taekwondo event since Tokyo 2020 when over 100 of the world’s best athletes meet at the third leg of the inaugural Para Grand Prix. Over 100 of the world’s best Para Taekwondo athletes. 19current or former world champions. Four reigning Paralympic champions. When World Taekwondo launched its inaugural Para GrandPrix Series – this is what it had in mind. The last leg of the inaugural Para Grand Prix Serieswill take place in Manchester, Great Britain on 20 October and will draw the mostcompetitive field since the Tokyo 2020 Paralympic Games. Several teams and fighters are making theirlong-awaited returns to international competitions, including Peru’s Paralympicchampion Leonor Angelica Espinoza, Nepal’s Asian Youth Para Gameschampion Palesha Goverdhan, and Great Britain’s 2019 world champion MattBush. After missing the Paris Para GP, Great Britain’s former worldchampion Amy Truesdale is expected to make a return, as are teams fromKorea, Chinese Taipei, and Thailand. If the first two Para GP events in Sofia, Bulgaria andParis, France are any indication, Para Taekwondo fans are in for a treat. Home Cooking for Host Great Britain If history is any indicator, hosting the Para GrandPrix could be a boon to the team from Great Britain. Several of the biggest moments in Great Britain’s ParaTaekwondo history happened on home soil. Amy Truesdale won her first worldchampionship in London in 2017, while Beth Munro and Joe Lane wontheir first European championships in Manchester earlier this year. 2019 world champion Matt Bush will make his return tocompetition for the first time since winning the European ParalympicQualification tournament last summer. In top shape after rehabbing a seriousknee injury, he won’t have to face Croatia’s Paralympic silver medalist IvanMikulic, who was forced to withdraw due to his own injury. While Great Britain’s Para Taekwondo fighters haverisen to the occasion at home in previous tournaments, the Para GP could be adifferent experience. After hosting the last Para GP, France’s former worldchampion Bopha Kong and Afghan refugee Paralympian Zakia Khudadadi,who lives and trains with France’s team, both cited nerves as factor in theirperformances at their home GP. “My first fight on French soil put a lot of pressureon me” Khudadadi told the French Taekwondo Federation after failing to medal inParis, “This made it a lot harder to fight in Paris than in another country”. New Talents Emerge Allowing up-and-coming athletes more opportunities toshow their progress, the Para Grand Prix Series has put several new athletes onthe radar as potential Paris 2024 medal hopefuls. Brazil’s Ana Carolina Silva topped the reigningParalympic, World, and European champions on the way to her first majorinternational title at the Para GP in Paris. Spain’s Dalia Moreno handed Uzbekistan’sin-form Guljonoy Naimova her first loss since becoming Paralympicchampion to become the surprising +65 kg gold medalist in Paris. Capping a strong 2022, Uzbekistan’s AsadbekToshtemirov won his first Para GP title by besting Kazakhstan’s formerworld champion Nurlan Dombayev in the -80 kg final in Paris. At the first Para GP in Sofia, it was France’s DjelikaDiallo and Ukraine’s Vlad Nechai that won surprise medals, both atthe expense of Great Britain’s current European champions. Diallo toppedParalympic silver medalist Munro for gold, while Nechai beat Paralympian Lanein the quarter-final to secure his first international medal. Crowning Para Taekwondo’s First Undisputed Grand Prix Champions Four fighters will be battling for a piece of ParaTaekwondo history in Manchester – to become the sport’s first Undisputed GrandPrix champions. Mexico’s Paralympic champion Juan Diego GarciaLopez has only lost twice since winning his first world championship in early2019. He’s the only fighter to have won every fight so far in 2022, includingboth Para GPs, but uncharacteristically needed a golden point to get pastAzerbaijan’s Imamaddin Khalilov in Sofia. Turkey has a pair of fighters looking to win thefirst-ever Para Taekwondo’s first Undisputed Para GP champions. Mahmut Boztekehas twice beaten Brazil’s Paralympic champion Nathan Torquato in thePara GP finals, including in Paris in one of the most entertaining fights ofthe year. Paralympic silver medalist Meryem Cavdar has yet to lose atthe Para GP, beating Mexico’s Jessica Garcia in the final at bothevents. The USA’s Evan Medell is also looking for histhird straight Para GP title. While he won’t have to face Croatia’s Paralympicrunner-up Mikulic for a third straight time due to an injury by his opponent,he may have to get past Great Britain’s 2019 world champion Bush to claim thetitle in what would be one of the most highly anticipated matches inManchester. No Easy Fights In a sign of Para Taekwondo’s increasing talent anddepth at the elite level, there are no sure-fire winners heading into theManchester Para GP. Every major Paris 2024 medal contender has lost atleast once in 2022 except for Mexico’s Garcia Lopez, who fell in the 2021 WorldChampionship final and needed a golden point victory to claim his first Para GPtitle. Every other Paralympic champion has been beaten – Brazil’sTorquato is still in search of his first Para GP title; Denmark’s LisaGjessing lost at the European Championships and Paris Para GP; Uzbekistan’sNaimova was upset in the Paris Para GP final, and Peru’s Espinoza lost in herfirst fight since winning Tokyo 2020 gold – her first loss since 2019 – at thePan Am Series earlier this month. Six of the 10 Paralympic weight categories havealready seen multiple Para GP champions. With returning stars like Bush, Espinoza, andTruesdale in the mix in Manchester, it won’t be any easier for Para Taekwondo’sbest to finish on top at the final Para Grand Prix event of 2022.*

[By NBC-1TV K, Y Yi] Taekwondo Humanitarian Foundation (THF) athlete Yahya Basam Al-Ghoutani has been awarded a Refugee Athlete Scholarship by the IOC to help him train towards the goal of being selected for the IOC Refugee Olympic Team Paris 2024. Al-Ghoutani met with IOC President and chair of the Olympic Refuge Foundation, Thomas Bach, alongside fellow Taekwondo refugee athlete Wael Fawaz Al-Farraj during President Bach’s visit to Jordan this week. They met at the JOC’s Olympic Preparation Centre which President Bach was visiting to meet with Jordanian athletes. Al-Ghoutani becomes the eighth Taekwondo athlete to have been awarded a Refugee Athlete Scholarship for Paris 2024 along with compatriot Al-Farraj. Al-Ghoutani is a Syrian refugee living in the Azraq Refugee Camp in Jordan and has been training in Taekwondo through the THF since he was 15. He became the THF’s second black belt back in 2018. THF Chair Chungwon Choue said: “We are delighted that Yahya has been awarded this IOC Scholarship. We are thankful to the Olympic Refuge Foundation and Olympic Solidarity for the support they are providing Yahya and our other Taekwondo refugee athletes as they pursue their Olympic dreams. We hope they can all qualify for Paris 2024 and may be able to make history as the first refugee athletes to win an Olympic medal.”