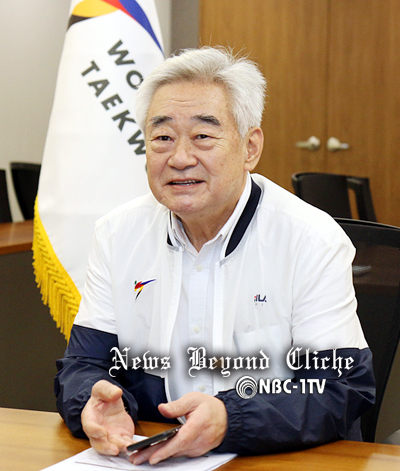 [By NBC-1TV K, Y Yi] SEOUL, Korea (August 10, 2020) - The World Taekwondo Council today cancelled the 2020 World Taekwondo Junior Championships in order to protect the health and wellbeing of all participants.

Meeting via videoconference, the Council unanimously agreed that the safety of the World Taekwondo family is the number one priority. Following extensive consultation with Member National Associations, World Taekwondo Committees, including the Medical and Anti-Doping Committee, and in line with guidance from national health authorities, it was decided this year’s Championships should be cancelled.

Sofia, originally the host of the 2020 championships, will now host the 2022 edition. Dakar was planned to be the host of the 2022 Junior World Championships to coincide with the 2022 Youth Olympic Games, however, as that event has now been postponed, World Taekwondo is in discussion with Dakar regarding the hosting of future editions.

“It is with great disappointment that we will not be able to host the World Taekwondo Junior Championships in Sofia this year and we are sorry for all those young athletes who have been training so hard for this competition. However, we have always been very clear that the health of our World Taekwondo family must come first. After a thorough discussion with all relevant parties, including medical experts, we agreed it would not be safe to go ahead with the Championships this year as planned. We have no doubt that Sofia will host a fantastic event in 2022.”

As a result of the cancellation, the World Taekwondo General Assembly, which was due to take place in Sofia, will be held 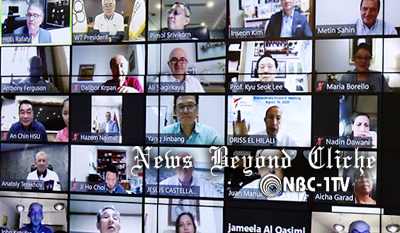 virtually on 6 October 2020 with the Council meeting to take place the day before. It will be the first time in World Taekwondo’s history that a General Assembly will be held virtually.

ﾷ Un Yong Kim (KOR) (Lifetime Contribution Award Category) – Founder of World Taekwondo and former President. Recognized for his leadership in developing taekwondo’s role with the IOC and securing Olympic recognition for the sport. He was an active global sports leader and was the IOC Vice President, GAISF President and Founding President of the World Games. Kim passed away in 2017.

ﾷ Dai-soon Lee (KOR) (Official category) – Recognized for his devotion to taekwondo and his contribution as a World Taekwondo Vice President and World Taekwondo Asia President. He also served as the leader of the Taekwondo Promotion Foundation and developed relations with the government of Korea in the joint promotion of taekwondo as a global sport.

ﾷ Kook Hyun Jung (KOR) (Athlete category) –Honored for winning consecutive World Championships and helping to raise standards within the sport. After retiring as an athlete, he continued his career as a professor of taekwondo to train younger athletes and then became a sports administrator serving on the World Taekwondo Council and as Secretary General of the Taekwondo Promotion Foundation.

ﾷ Zhong Chen (CHN) (Athlete category) – Recognized for having won Olympic gold medals at both Sydney 2000 and Athens 2004. She also won gold at the Beijing 2007 World Taekwondo Championships having won bronze at the 2003 Garmisch-Partenkirchen World Championships. 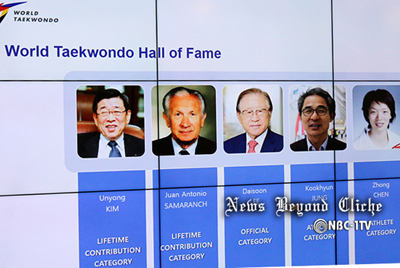 The inductees were selected by the World Taekwondo Hall of Fame Committee across three categories – Officials, Athletes, Lifetime Contribution Award – and approved by the World Taekwondo Council. The Hall of Fame committee is comprised of the Senior Vice President, the Secretary General, a Senior Council Member, the Chair of the Member Relations and Development Commission, and one independent consultant nominated by the President.

Selection is based on a number of different criteria including the individual’s degree of impact on the development of taekwondo, the span of their influence and their devotion to others and expanding the popularity of the sport.

During the meeting, President Choue and the Council discussed the possibility of moving the World Taekwondo headquarters to Goyang City, Korea.

The Council agreed that ranking points would be frozen from January 2020 as no events have been held during the global pandemic.

The Council also approved the enactment of the Regulation on Administration of the WT Technical Delegates to ensure that World Taekwondo competitions are managed at a consistently high level. Coaching certificates attained in 2019 and 2020 will be valid for two years from 1 January 2021 given the absence of events means coaches are not able to use their certificates.

The Council meeting followed immediately after a meeting of the World Taekwondo Continental Union leadership.